BGF, the UK and Ireland’s most active growth capital investor, has made a £10m follow-on investment into Lisburn-based Mzuri Group, one of the leading companies in the window blind industry, to support its ambitious growth plans and future acquisitions. Founded more than 40 years ago and previously trading as Decora, the Mzuri Group is an established leader in the design, engineering, manufacturing and distribution of window coverings, serving customers in the UK, Europe and Australia.


It employs 1,500 people at its headquarters in Lisburn and other facilities across the UK.

Having first backed the company in April 2020, the new funding round brings BGF’s total investment in the company to £20m.

Since the original investment, Mzuri has grown its revenues from £70m to £195m through a combination of the organic growth of its core business and the acquisition of ten other companies.

BGF’s funding will be used for further targeted acquisitions to enable Mzuri to continue building out its European sales and distribution platform.

Stuart Dickson, Managing Director of Mzuri Group, said: “Mzuri has significantly expanded its business since BGF first invested in the company and we view this latest round of funding as a tremendous endorsement of our plans for further growth in the years ahead. As well as its substantial capital support, access to BGF’s network and its expert advice has been invaluable as we have assessed acquisition opportunities and moved into new markets. We look forward to continuing to work closely with BGF’s investment team in the future.”

BGF is the UK and Ireland’s most active and dynamic investor of equity capital in growth economy companies, backing entrepreneurs and innovators. It has now invested c.£60m into Northern Irish businesses, making it one of the most significant investors in the region.

Graham Clarke, Investor at BGF and Board Member of Mzuri, said: “It has been really exciting for us to be part of the Mzuri journey over the past two years. The team has done a brilliant job building what is now a business of significant scale and one of the leading players in the window coverings market across the UK and Europe. It is fantastic to announce this significant follow-on investment in Mzuri Group, which will support the continued growth of the company as it builds on its current platform and extends its European presence even further.” 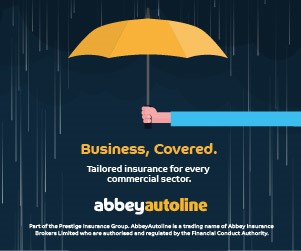