Flybe franchise partner, Eastern Airways, is introducing Sunday flights on its Belfast City Airport routes to the Isle of Man and Newcastle. The new Sunday services will help to provide weekend break opportunities and assist business passengers travelling to their destination on a Sunday ready for an early start on Mondays.


Flights are now available to book for travel from 18 February 2018.

Earlier this year the UK regional airline started its first services from the airport as it secured the future of Northern Ireland’s link with the Isle of Man, following Citywing’s liquidation.  In September, Eastern Airways introduced a non-stop daily weekday service from Belfast City to Newcastle.

Although Eastern Airways started its first Belfast City services in March, the airline entered a new partnership with long standing Belfast City Airport operator, Flybe, on 29 October 2017.  All Eastern Airways flights are now bookable at Flybe.com and fares on its two routes from Belfast City start from £53.99 one way, including taxes and charges.

Mathew Herzberg, Eastern Airways’ Head of Commercial, said: “The introduction of Sunday services will open up weekend leisure traffic to the Isle of Man and Newcastle from Belfast City.  Sunday flights will also benefit business travellers who can now reach the Isle of Man and Newcastle in advance for early Monday morning meetings.  We do listen to customer feedback and continually review our schedules to meet their needs.”

Katy Best, Commercial and Marketing Director at Belfast City Airport, said: “The Isle of Man and Newcastle routes have proven to be extremely popular this year and the addition of new Sunday services is fantastic news for passengers. We have been recognised for our strong, successful partnerships with our airlines and we are delighted that Eastern Airways has recognised the market potential in Northern Ireland through the introduction of further services. We are confident of continuing to grow our UK and European route network further in the future.” 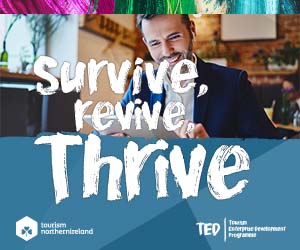