Michel Barnier strikes us a man of infinite patience, the type of man whose easy Gallic charm isn’t easily ruffled. But the Barnier patience must have been sorely tested earlier this week when Sinn Fein and the DUP arrived in Brussels….


on different days, of course.

At the very start of the week, Sinn Fein’s smiling tag team of Mary Lou McDonald and Michelle O’Neill were in town and they probably gave Michel an easy ride (….for want of a better phrase). His idea based around Northern Ireland staying in a Customs Union and some form of notional sea border might not be music to Sinn Fein’s ears, but it’s not a million miles away.

But the following day was different. A serious-looking Arlene, red-faced Sammy and the gruesome twosome of Nigel & Diane Dodds, or Glum & Glummer as they’re also known, strode up to Michel’s door.

Picture the scene as they hot footed it back to their power base in London. Monsieur Barner head in hands at his giant desk, perhaps. Or down at his favourite Brussels cafe weeping gently into his Pernod.

Last week’s plan from Monsieur Barnier and Co. was clearly intended to put the wind up the British Government, but to be fair to Mrs. May, her latest landmark speech on the issue wasn’t bad at all. There are Brexit opponents out there, ourselves included, who can blindly oppose anything that’s pro-Brexit. But the Prime Minister’s considered contribution showed that compromise is always possible.

But is it possible here in Northern Ireland, where compromise is a dirty word?

There is a school of thought that Northern Ireland can remain part of the EU Customs Union and get around the resulting need for some form of checks on goods moving back and forth to the rest of the UK. It’s entirely possible, and it’s a win-win scenario which would give Northern Ireland a serious competitive edge.

Is the win-win scenario the stuff of dreams? Probably. Because it requires a healthy dose of the ‘c’ word. And our politicians, as we all know, don’t do compromise.

Pity. Just imagine what we could achieve.

Guardian columnist Polly Toynbee, like ourselves and our old mate Sir John (Major), is an out and out opponent of all things Brexit.

In a column last week, she put forward a radical idea that’s been around for a while. But desperate times call for desperate measures, so why not, Polly…why not?

Echoing Leo Varadkar’s words, she suggested that Sinn Fein’s abstentionist MP’s take their seats at Westminster and effectively help to blow Brexit out of the water. It might sounds a bit wild and wacky….but it’s not the worst suggestion around, is it?

Alas, a bit like the way that any talk of customs checks at Belfast Docks has the DUP going all red-faced with indignation, the very idea of taking an oath the The Queen makes Sinn Fein’s MPs want to vomit.

But, lads, think about it this way…… Murmur your way through the oath and you can always say you were only raking afterwards. Oh, and sink Brexit while you’re in there.

Your voters will forgive you, just for the craic. Go on, you know it makes sense. Oh go on, Mary Lou…….

Speaking of newspaper columnists, the Ruth Dudley Edwards, a curious type of Dubliner who appears to be somewhere to the right of Jim Allister, offers her opinion that Stephen Nolan has got under Sinn Fein’s skin and that the party is trying to silence him.

We’ve got news for you, Ruth. Nolan isn’t just getting under Sinn Fein’s skin. There’s a growing constituency that thinks that the big man is becoming part of the problem here in Northern Ireland.

We’ll stick up for press freedom until the proverbial cows come home but, in the name of all that’s good and holy, Stephen Nolan can be the most irritating man on the airwaves. Any airwaves.

But there’s a simple remedy. It’s called an on-off switch.

The Colour Of Money

The MLA pay debate has been rearing its ugly head again this week. Now that progress at Stormont looks about as likely as Jim Allister being at the Aviva Stadium this Saturday, there are many calling for MLA salaries to be stopped…..or at least slashed.

Some say, as Jeremy Clarkson might put it, that if the MLA’s aren’t really doing any work, then they shouldn’t be paid. It was interesting to hear trade unionist Bumper Graham arguing for an end to salaries on the radio this week. Must be the first time he’s ever called for workers not to be paid……!

But there are others, although we suspect not too many of them, who say that our wonderful elected representatives are out there doing constituency work even though Stormont isn’t sitting.

Is there any need for constituency work though, when we’ve got local councillors and MP’s to do that kind of thing?

Call us naïve…..as some political types often do. But we’d go with Bumper Graham on this one. Money for old rope and all that…..

Stand Up For The Giants

With Ulster Rugby in disarray following a string of poor performances, bad results and the departure of two Southern Hemisphere coaches within a few weeks of each other, it’s worth celebrating the fantastic achievement of the Belfast Giants.

Coach Adam Keefe and his side managed a surprise 6-3 victory in the Challenge Cup Final at the home risk of their opponents, Cardiff Devils, last Sunday.

What was even more impressive was the fact that hundreds of Giants fans made the trip over to the Welsh capital for the game…..and made their presence felt.

Ulster Rugby fans used to be a bit like that. When they had something to cheer.

Never mind Ulster, Ireland are in remarkably good shape, leading the Six Nations table by a clear five points going into the penultimate round of matches this weekend. The Irish have a tough task against the resurgent Scots at the Aviva.

Assuming it all doesn’t go pear-shaped, we can all settle down afterwards with a pint to watch France playing England in Paris.

In The Times at the start of the week, English rugby writer Owen Slot came up with a piece entitled ‘How Farcical French Have Become A National Joke’. If that’s not translated into French and stuck on the wall of the home dressing room on Saturday, there’s something seriously wrong.

A Story To Warm The Heart

In stark contrast to the political pettiness highlighted above, we didn’t want to sign off this week without mentioning a man who is well worth celebrating….even if some of you won’t have heard of him.

Feeney’s practice of giving while living set an example for the world’s rich.

Today, he and his wife live in a modest rented apartment in San Francisco. He has no luxuries of any kind….and there are no trophies or vanity photos on the apartment walls to show that the man who lives there gave away his $8 billion fortune to make the world a better place.

The key moment in Chuck’s giving career, one that was to enhance the lives of millions of people, came on November 23rd, 1984. On that day Feeney, his then wife, Danielle, and his lawyer Harvey Dale, flew to the Bahamas, a location chosen to avoid huge legal penalties for what they were about to do. They gathered in a rented conference room. At 4pm Chuck began signing a series of documents. Then they left for the airport.

While millions of Americans expressed gratitude that Thanksgiving weekend for their material blessings, Chuck Feeney felt a profound sense of relief. He had just divested himself of all that he owned, cash, businesses and shares, and placed them into a foundation he created, known as Atlantic Philanthropies. 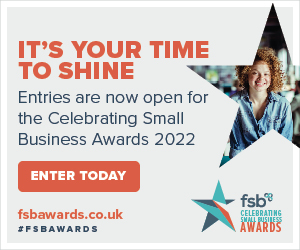